Located just north of the Mason-Dixon, our native York, PA is a crossroads for American history, industry, and culture. Indeed, famous firsts happened all around our hometown starting as far back as the mid-1700’s, none larger than in 1777-1778, when the Continental Congress adopted the Articles of Confederation in York, then the (first) Capital of the United States.

Those firsts, as well as York’s seismic impact on both the establishment and modernization of America, are well-documented at fascinating museums and historical sites including the York County Colonial Courthouse (where the Articles were signed) and York County History Center. History and culture buffs can also explore nearby Gettysburg as well as Lancaster, the proud home of the Pennsylvania Dutch, as both are located within 40 miles of Seaton Springwood.

More than just a place to observe and respect American history, though, modern-day York’s rich culture and entertainment make this one of the fastest-growing residential areas in all of Pennsylvania. In Historic Downtown York, for example, you can trace 300 years of U.S. history and enjoy worldly cuisine, browse art galleries and antique stores and much more.

There’s also can’t-miss annual events and festivals, which include “America’s Oldest Fair,” the York State Fair; the National Street Rod Association’s Annual Street Rod Nationals East; Yorkfest Fine Arts Festival; and the Made in America Event each June. Our activities and events programming helps residents stay connected with all of these long-standing traditions in addition to visiting vibrant spots of their choosing like Hollywood Casino York and shopping and entertainment destinations like York Galleria and York Town Center.

Around here, fresh produce is a way of life, with outstanding farmers markets, apple orchards, and dairy farms continuing to this day the nearly 300-year-old local family traditions. Central Market House, York Fresh Food Farms, and Penn Market are just a small sampling of local favorites…which is yours?

The area is also a premier destination for beer, wine and spirits enthusiasts who come from near and far to experience our very own Good Libations Trail. Made up of the Mason-Dixon Wine Trail, Susquehanna Ale Trail and Keystone Craft Spirits Trail, Good Libations includes about three dozen stops in York County and the surrounding areas. Libations aren’t all that’s made well in Southern Pennsylvania, though. Residents and visitors alike love to tour the factories (and on-site museums) at Harley Davidson Motorcycles, York Barbell Company, and Martin’s Snacks, famous for its kettle-cooked potato chips.

In all, there’s plenty of history to enjoy in and around York, but just as much to love about its modern-day identity, too. And for seniors looking to enjoy simple, anytime access to indoor and outdoor recreation, arts and entertainment, and all the indelible dining and cultural experiences that make up many of this region’s best and brightest, Seaton Springwood makes for an excellent gateway to York’s storied past as well as its equally exciting present and future. 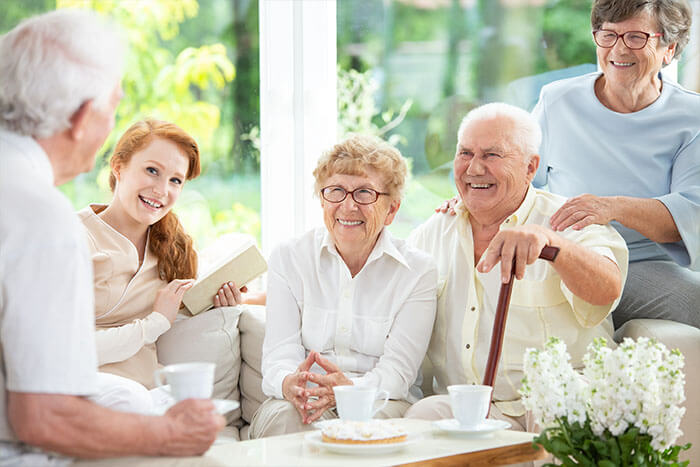 Come see our community for yourself!